Design of an analytics dashboard for Uniswap gas fees, as well as charts that give analytical insights into Uniswap. 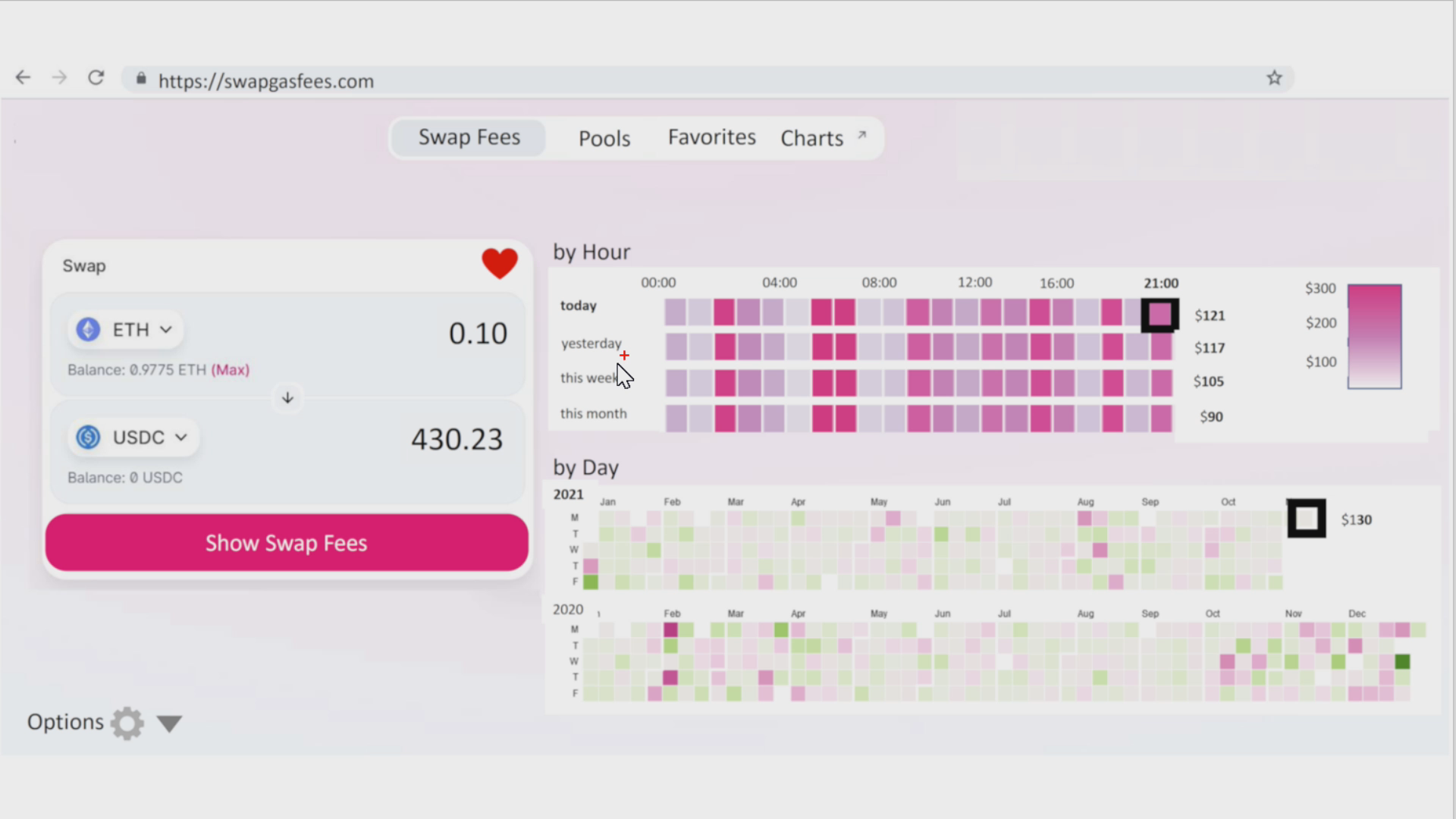 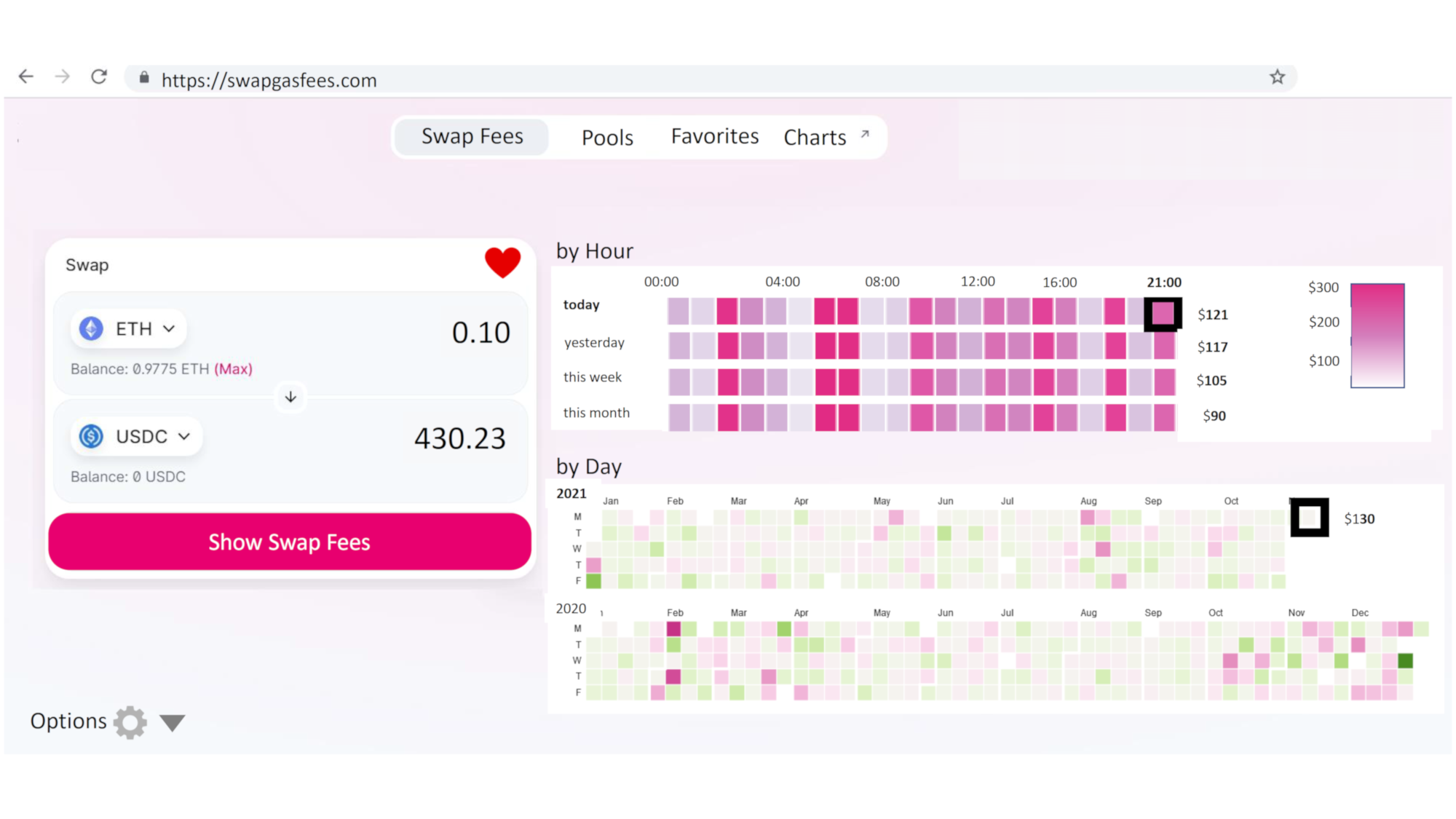 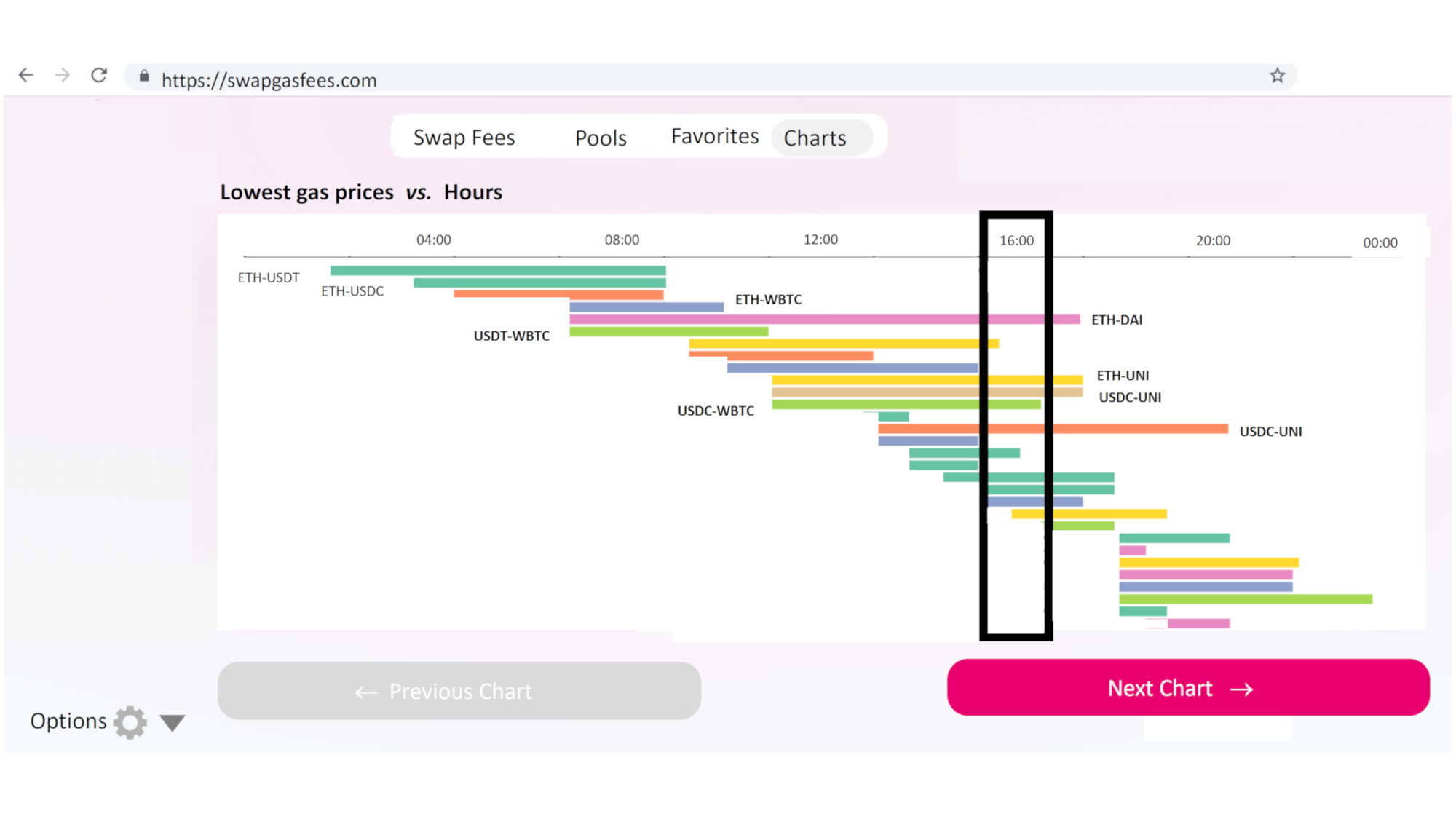 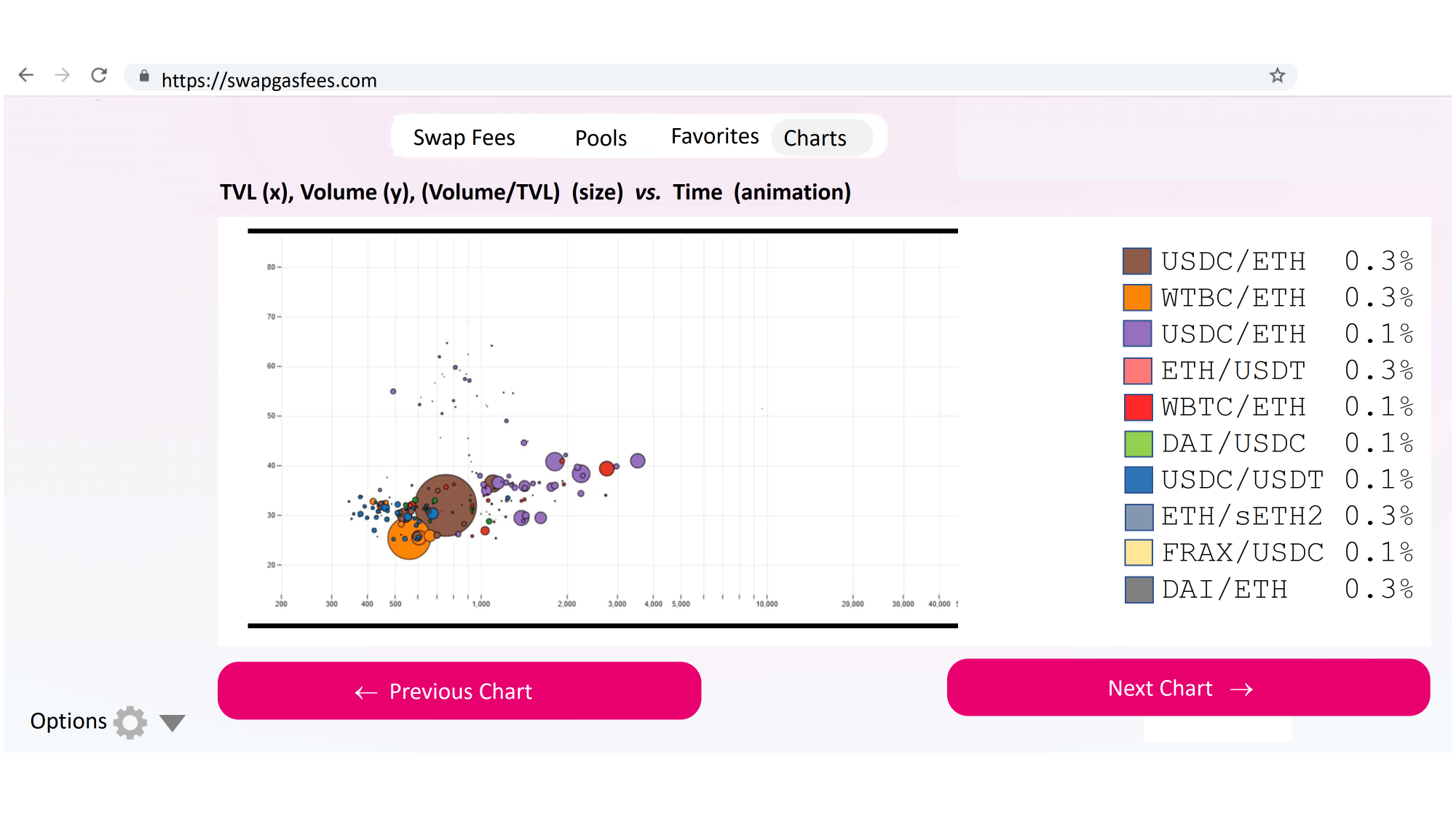 This project proposes design of an analytics dashboard to interactively and dynamically display swap gas fees (swap fees) on Uniswap. The dashboard also displays other charts that give analytical insights into the Uniswap ecosystem. While there exist some websites/apps that show the Ethereum gas fees, to the author's best knowledge, there does not exist a website/app that shows swap gas fees for the Unicode ecosystem. This project involves the design and communication of such an analytics app. The proposed SwapGasFees app is not yet implemented during the period of UniCode Competition 2021, due to lack of time and difficulties in finding team members. Yet, it outlines a blue print of how such a system can be implemented over an extended time period. In other words, the design provides a template, through which such a dashboard can be coded.

So far, this is only the design blueprint. The system can be implemented in an extended time frame, based on the detailed explanation and documentation. To implement the system, the backend would use GraphQL, BitQuery, Flipside Crypto, or another API, as well as respect the contract maps, as documented in j1mmy.fi. For the frontend, the easiest thing to do would be to fork the Uniswap front-end code and do modifications on that. For visualizations, the most suitable library is found to be D3.js.