Huddle01 is a web3-powered video conferencing platform with focus on pseudo-anonymity, privacy and utility of digital assets. 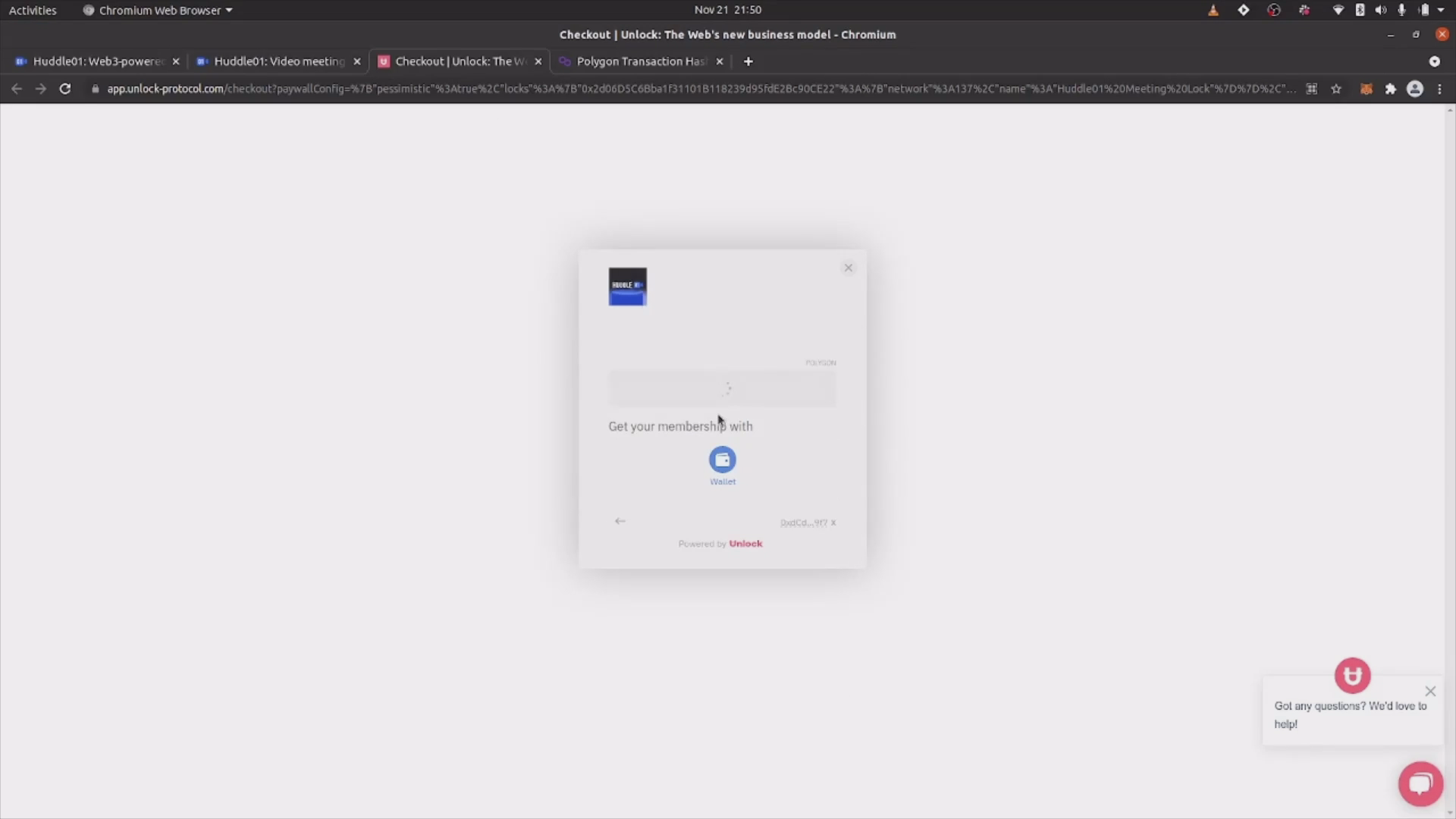 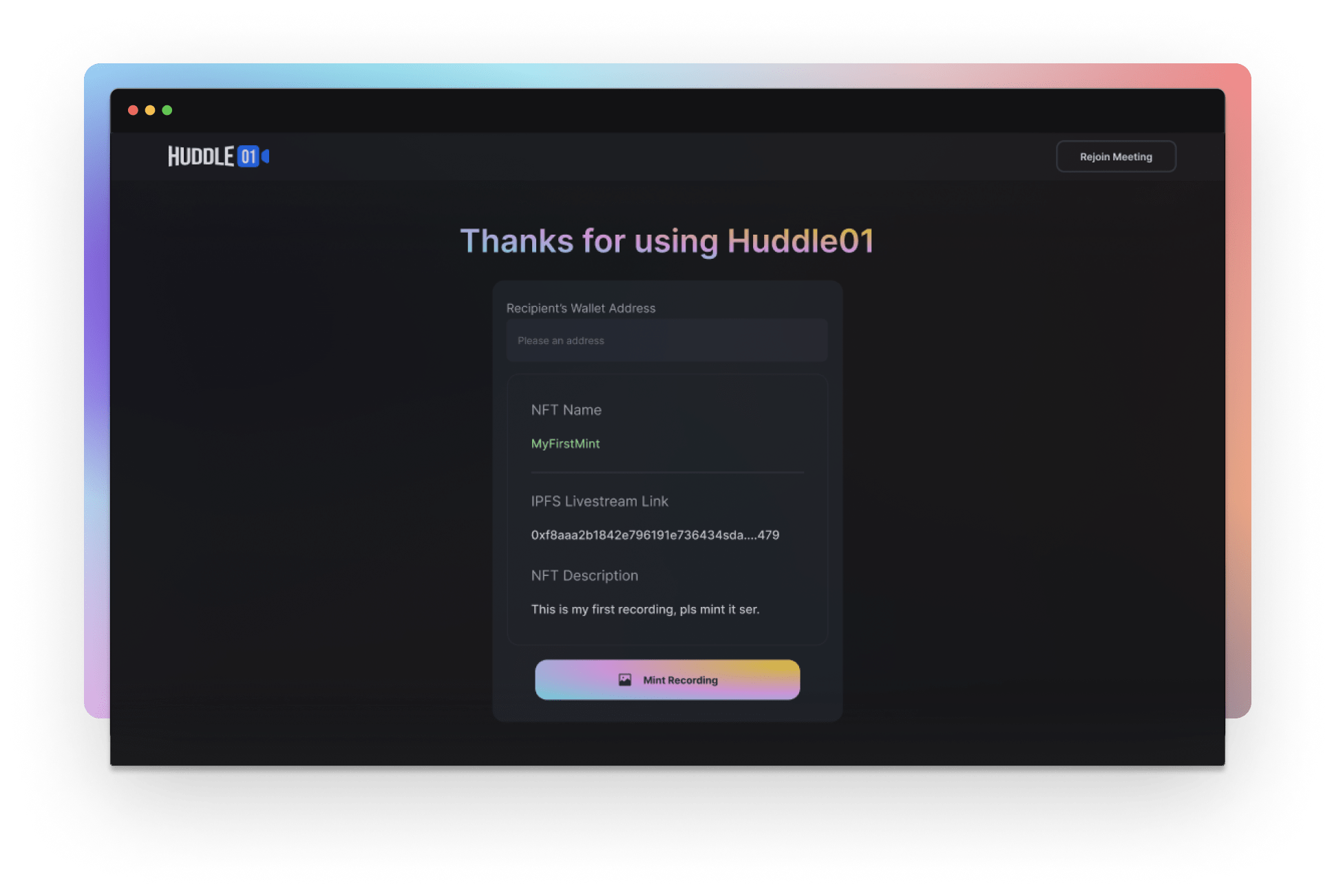 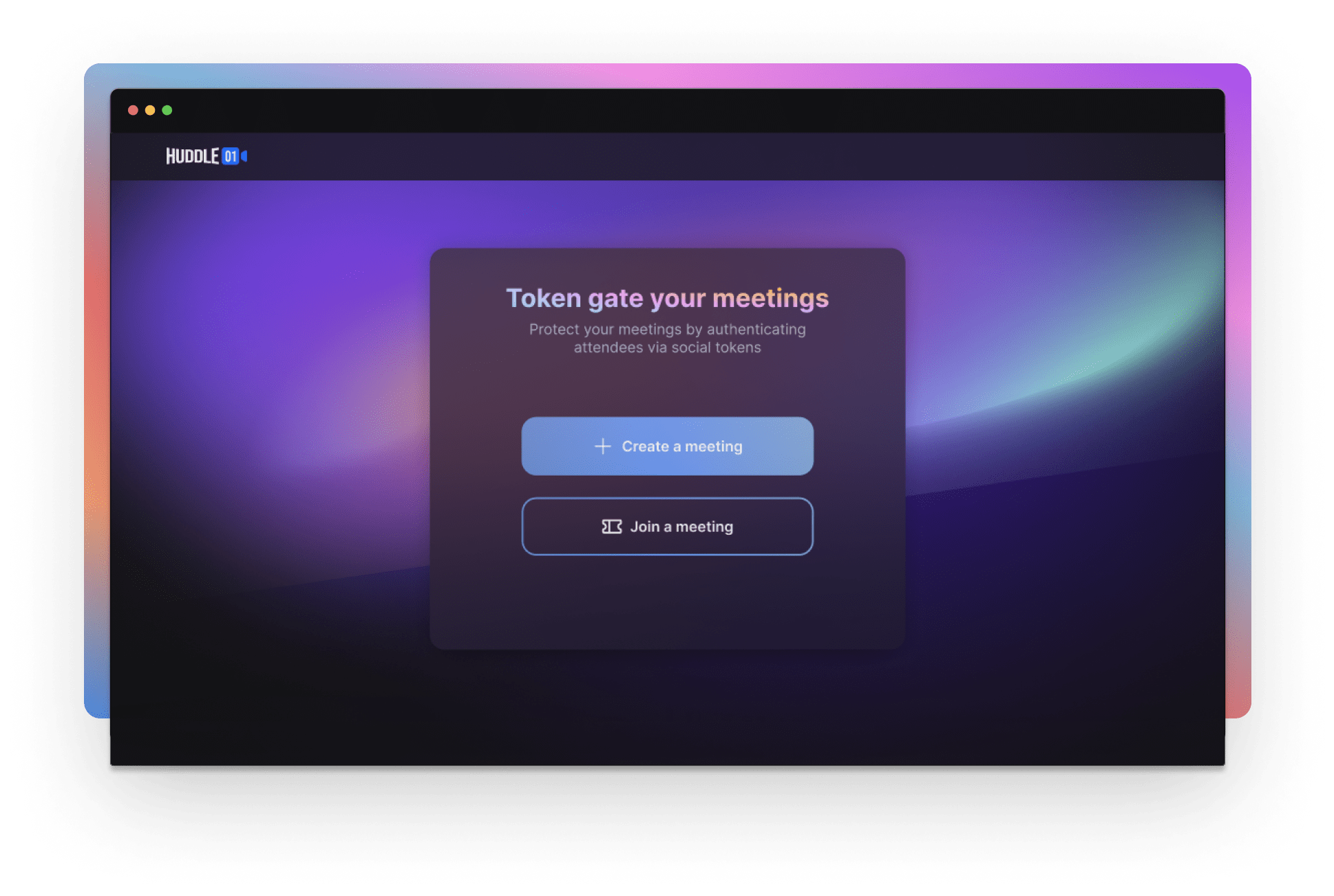 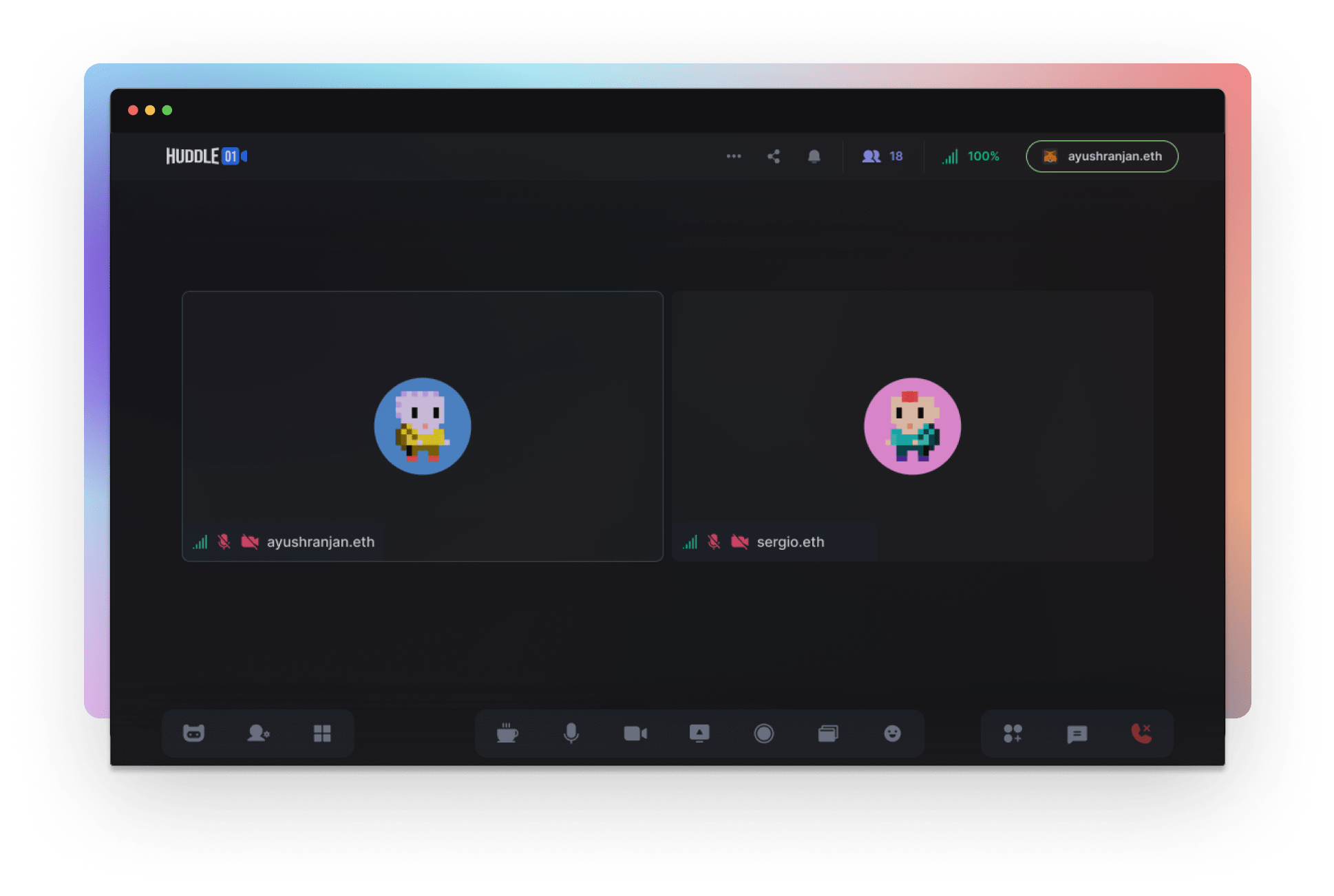 Huddle01 is a web3-powered video conferencing platform with focus on pseudo-anonymity, privacy and utility of digital assets. We have built Token-gated meetings for DAOs and individual creators by allowing them to gate their Huddle Meetings using ERC20/ERC721/ERC1155 tokens. Covalent API is used to check for assets owned by a user, and if someone doesn’t have a contract, we are giving them the feature to create a lock using unlock protocol. We allow users to access the platform using Metamask, Coinbase, or WalletConnect. We have also done an integration with ENSdomains which allows users to fetch their ENS domain as their name. Recordings of the meeting can be stored on IPFS and can be minted on polygon. For minting the recordings we are using NFTPort. We are also using Webhooks of Livepeer through which recording links of the livestreams are captured. In future, We will be allowing minting of the livestreams as an NFT.