Resurrect famous warriors like Achilles and Genghis Khan as NFT's and battle them in winner-take-all matchups! 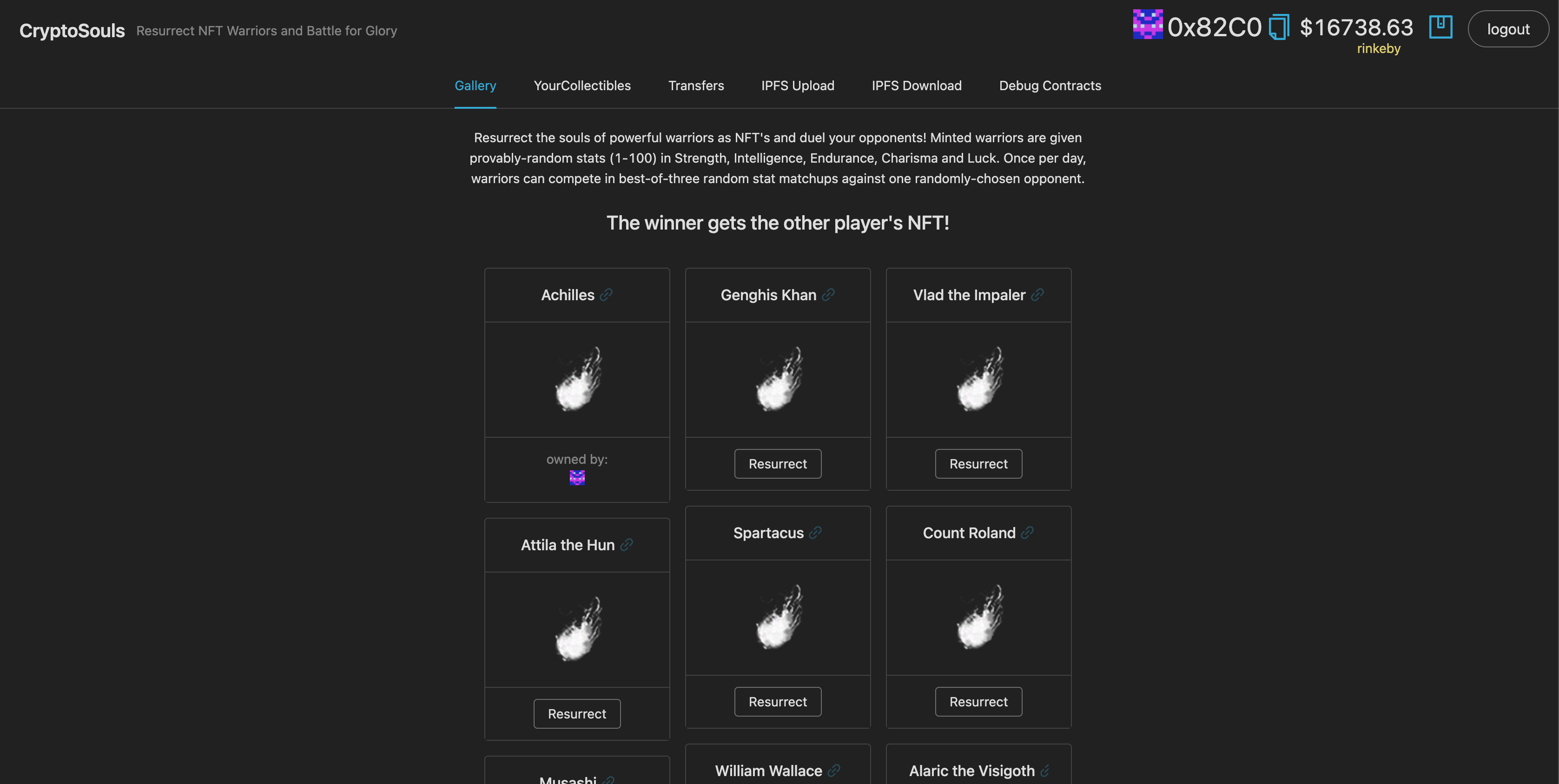 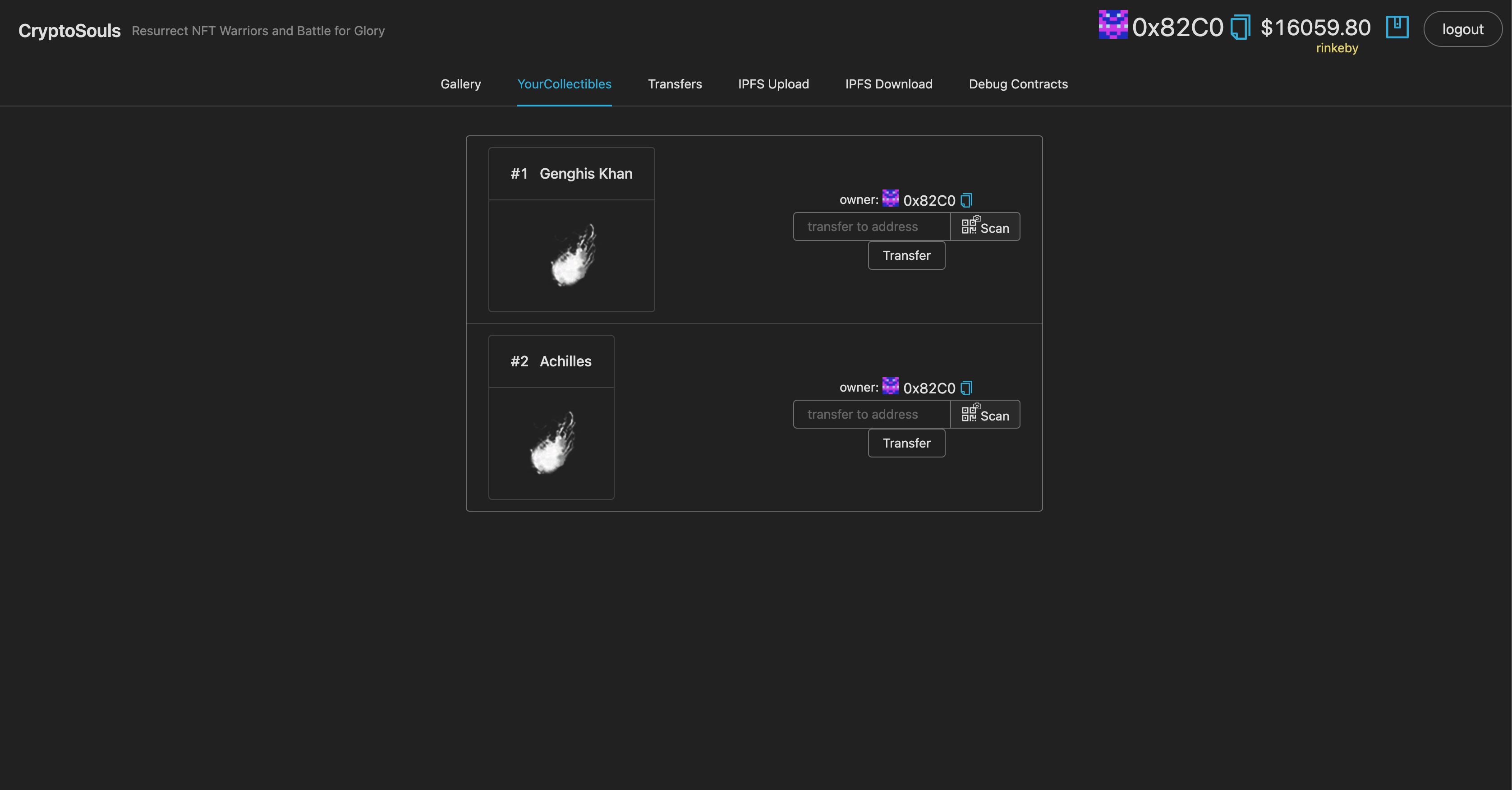 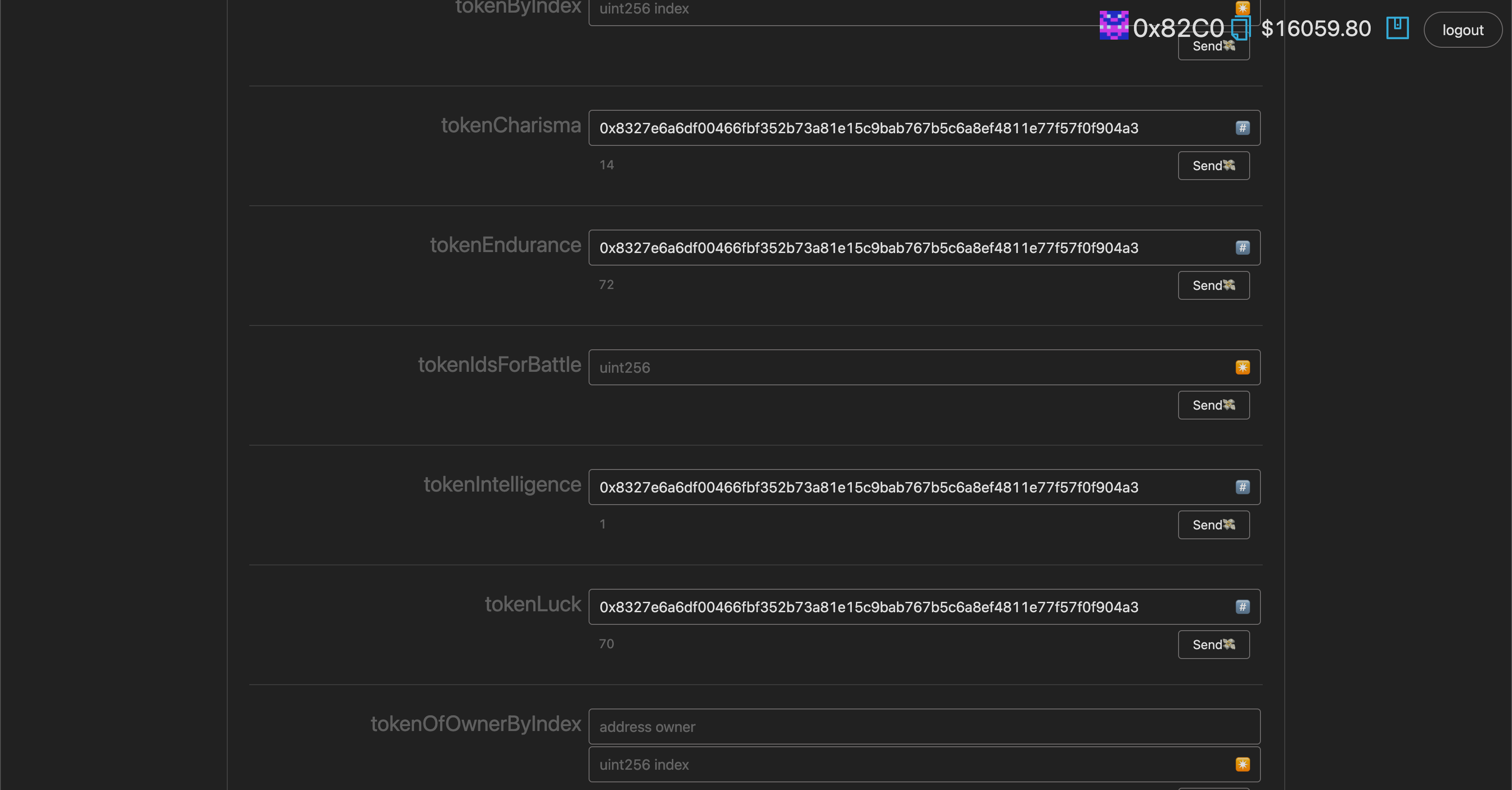 CryptoSouls is an NFT minting and battling game. In it, souls of famous warriors can be resurrected / minted as NFT's, complete with a set of 5 stats: Strength, Intelligence, Endurance, Charisma, and Luck. Using Chainlink VRF, these stats are all provably-random numbers. Players can choose to submit their warrior to the once-daily Battle Arena, where they are matched up against another NFT warrior that has also been submitted. Battles consist of 3 rounds of random stat matchups, with the warrior having the higher stat as the victor! 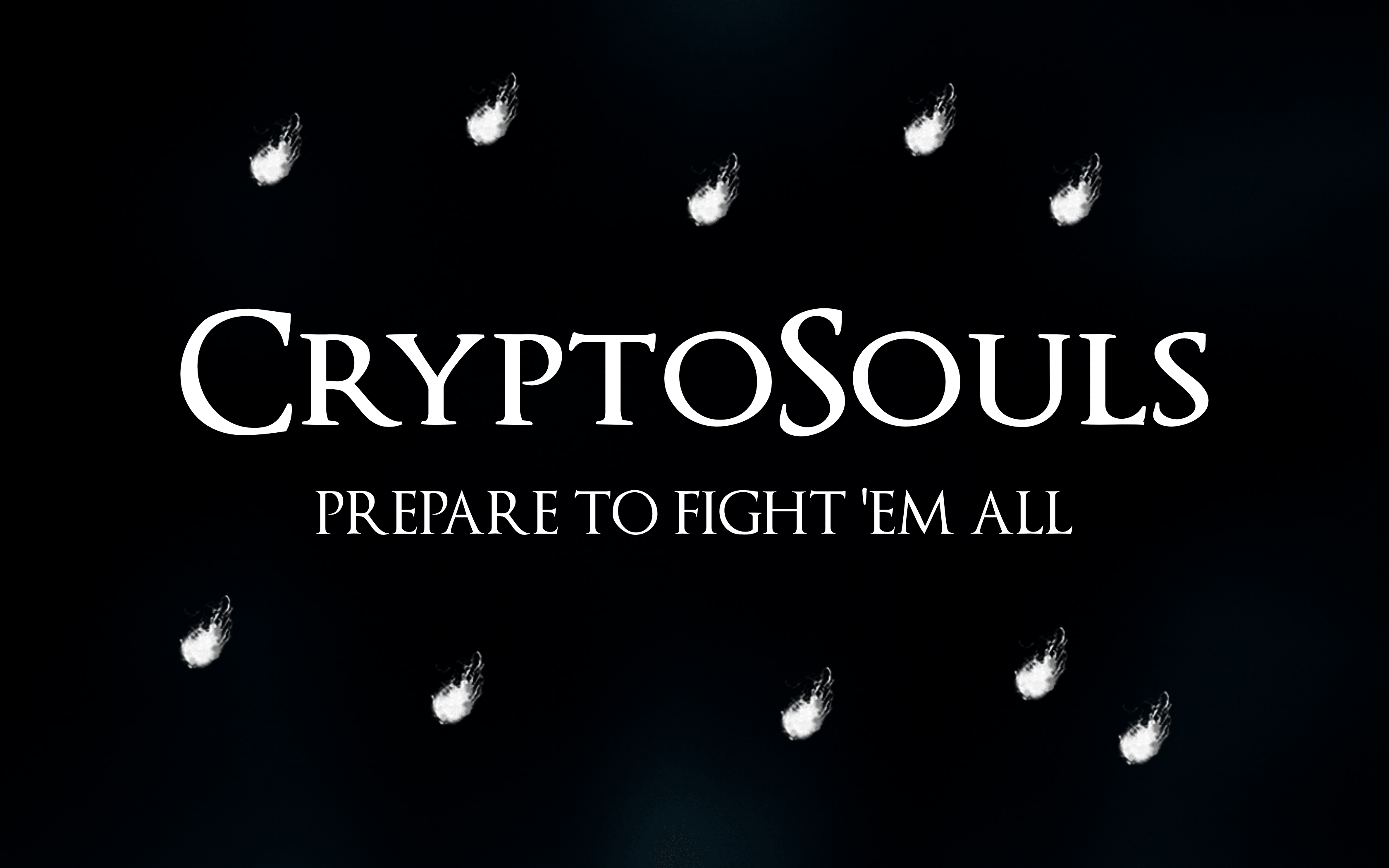 CryptoSouls uses Scaffold ETH as a base with modifications. Token assets for the NFT's are uploaded and used on IPFS. Chainlink VRF was used for creating provably-random values between 1-100 for each token's Strength, Intelligence, Endurance, Charisma and Luck. I'm impressed I was able to get so far with this project over such a short time as a one-person team, and I'm excited to see where I can take it next!