- An NFT in our case is the image generated from an IPFS file hash using the coded generation algorithm. So for the MVP there would be one NFT possible per IPFS file hash. - A user connects their wallet (authentication) - A page showing all the NFTs minted on Mintlaab is shown, with a button "Create and mint your Mintlaab NFT" which open the "NFT generation page" - NFT generation page: This page only has one input field where the user puts an IPFS file hash. Then next to it a space to show the generated image from the hash in the input field. Whenever an image is generated and shown, if its corresponding NFT had already been minted we say it can't be minted and link to the minted one's page. if not we show a button "Mint this generated image as an NFT" https://editor.p5js.org/onlygenerated/present/nEt7DPZ_O - NFT minting page: Show the image from the previous generation page, and input fields for the title and description, plus a "Mint" button. The hash of the file can be automatically added to the description when minting using Zora's ZDK. (And it would be added to the metadata in the future) - When connecting their wallet, a check is done to see if the address is associated with an ENS domain name, and use that as the username. - If the address isn't associated to an ENS name, the user can choose a username as long as it doesn't exist and its ENS .eth name isn't associated with another address. If the user's address isn't associated with an existing name, we show a warning saying that if someone registers that username as an ENS name, they will lose the username, and suggest that they register it as an ENS name. This sets ENS as a standard for usernames as well, which I haven't seen in platforms before, but I think it would be nice if folks adopted it in the ecosystem. having your ens name means you have your username guaranteed for any platform that'd implement this, and you don't have to fill a different username sometimes.. On top of copy pasting, we can make it possible that if the hash is in the params of the url of the generation page, it automatically adds that hash to the field and generates the image. With this, platforms that use IPFS could add a button saying "Generate art from this hash" and have that take folks directly to our website, and see art generated from the hash they just created. this would be nice for discovery.. 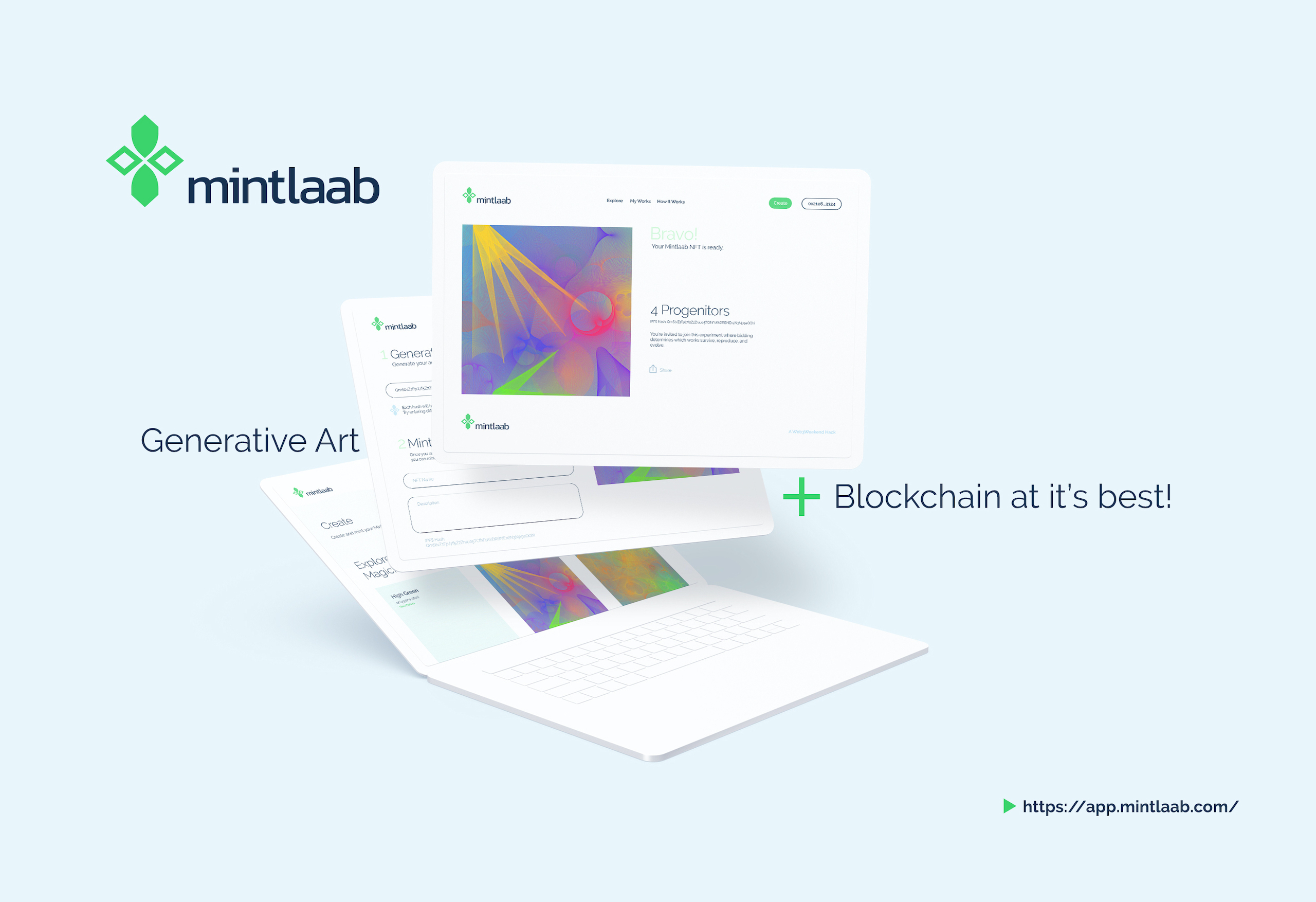