An algorithmically generated NFT based on multi-chain ERC712 contract calls.

I wanted to create an NFT based on the synchrony of cross-chain contract calls (i.e. calling mint on Ethereum would also call mint on Polygon), but after a few days of playing with various bridge solutions I could not figure out a way to trustlessly make the cross-chain contract call (without a third party or within a reasonable time frame). I still went through with the algorithm and hosted it on IPFS through Fleek: https://ipfs.fleek.co/ipfs/bafybeidpyxidrbywt7vuqsukgvhmlcuucqjqnsbmmdy7spxadviusc6pca 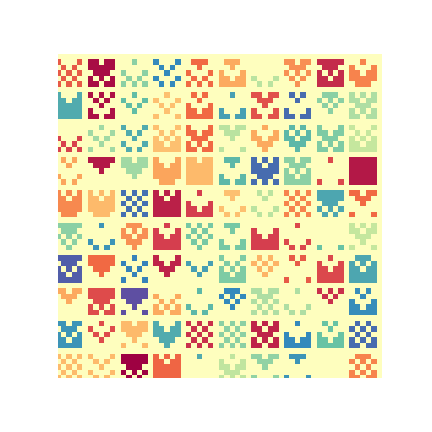 The NFT art is generated starting from 100 Ethereum addresses, and then pulses in based on a certain time parameter (which would have been generated from the time it took to synchronously make calls). I used Python for the art, and the repo also has some smart contracts and frontend code I had been playing around with to try and get it to work.